As I enter my second semester as a graduate assistant here at the Albert Gore Research Center, I find myself reflecting on some of the incredible things I’ve come across while processing and organizing parts of our collection. While I’m regularly wowed by the papers and photographs we have that document momentous historical events and the actions of significant figures, the collections that tend to intrigue me and stick in my memory are those of ordinary citizens that lived remarkable lives. These people don’t appear in history books or the headlines, but today we are privileged to experience their lives and times through their personal papers and objects. While the owners probably never dreamed that these materials would end up in an archive to be studied by researchers, I like to think they would be pleased that today their former possessions can help us understand their place in the world and in history.

One such memorable collection is that of Aaron Louis Weise, a World War I pilot and salesman from Murfreesboro. Through pictures, letters, articles, and artifacts, we get a fascinating look into the life of an extraordinary man.  Born in 1888, Weise initially studied to be a rabbi before serving in the First World War and eventually becoming a salesman. We can trace his military career and travels through various certificates and special orders from the War Department, and even a pair of his flight goggles. Weise’s personal aviation scrapbook includes fascinating photographs of early twentieth-century airplanes, his experiences and travels as a pilot, and even unique aerial shots of Washington, D.C. and other cities. 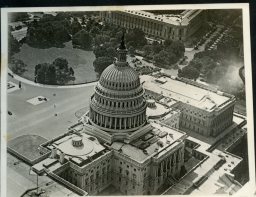 Many distinctive documents, including letters, sheet music, and a beautifully ornate Jewish marriage certificate lend insight into the life of a man who was recognized and beloved by the community. Known affectionately as “Red” by friends and associates because of his red hair, Weise was an avid outdoorsman who also loved performing in musical shows at local theaters for charity. Correspondence detailing the life of “Uncle Red” describes how Weise helped rescue passengers when the train he and his wife were taking on their honeymoon wrecked near Birmingham. After his untimely death in 1929, Weise’s widow received an outpouring of support from friends, business associates, clients, and community members who lamented the passing of this respected man.

Through the documents and objects related to Aaron L. Weise, we can get a glimpse into the life and times of a very interesting person. Aviator, salesman, traveler, performer, and member of Murfreesboro’s Jewish community – Weise wore many hats during his life, and the materials he left behind are a testament to the richness and complexity of his experiences.

Like Loading...
This entry was posted in Uncategorized and tagged aviation, Jewish community, Murfreesboro, regional, veterans. Bookmark the permalink.